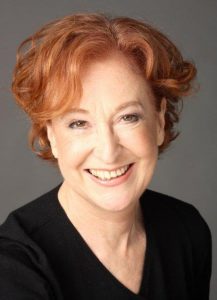 ERICA ABEEL, a former dancer, is a college professor and journalist. As a film critic she has contributed to Indiewire, Film Journal, and Huffington Post. Erica has published 5 books, including the novel Women Like Us, which was a Book-of-the-Month Club selection. Based in New York City and Long Island, she loves to write about feisty women of the 50s who defied their repressive period to chart their own course before the upheavals of the 60s. Her new novel Wild Girls is featured in Oprah magazine’s January 2017 “10 Titles to Pick Up Now,” and touted as a “libidinous period novel [that] follows three budding feminists through an elite women’s college, the New York art scene, and Allen Ginsberg’s bed, as they redefine womanhood for themselves and future generations.”