Praise & Reviews for The Commune

From Kevin Kwan, Facebook post, June 18 2021: What's your weekend read? Mine is Erica Abeel's latest novel "The Commune." Critic Thelma Adams says this "hilarious romp travels inside Betty Friedan's Hamptons commune as its members plan what will become the historic Women's Strike for Equality of August 26, 1970. The self-seeking of these luminaries is LOL funny and the Hamptons elite comes in for a wicked drubbing." Can't wait to dive into this!!!

“A fast read, a fun read: Ms. Abeel knows her way around a sentence, turning it wry with a bit of sparkle, a sense of joy in the delights of polished, well-rounded satire ... A historical roman a clef … Emphasizes the irony of second-wave feminists who have not yet shed the behaviors and attitudes of more conventional women, specifically related to men … A rollicking, irreverent party of a novel.” – East Hampton Star

“Feminists, writers and wannabees converge in a Long Island East End house in the 1970s, to romance, play politics and reveal their deepest selves and biggest ambitions, all resulting in the Women’s March for Equality. Part of the fun is figuring out which brilliantly drawn character is which real-life person, making this buoyant, moving piece-of-history novel an absolute knockout.” –Caroline Leavitt, New York Times bestselling author of Pictures of You, Is This Tomorrow and With or Without You

"How could you not love Erica Abeel's "The Commune," when it contains within its delicious description of the summer of 1970 and the beginnings of feminism, this chewy gem about a woman who is "...an invitation to ruin...the old ivory of her skin, a medallion of fat beneath the shoulder strap of her bra, delectable, all of it." Cutting, knowing, hilarious..."The Commune" is delectable, all of it." –Lucian Truscott IV, journalist at Salon, author of Dress Gray

"Erica Abeel’s sharp, witty, delightfully twisty novel The Commune goes behind the scenes of the women’s movement circa 1970, shedding light on hidden history in a way that is both moving and inspired." –Dawn Raffel, The Strange Case of Dr. Couney

“The Commune, Erica Abeel’s sparkling, inventive take on the beginnings of the Women’s Movement, is astute and hilarious at once." –Hilma Wolitzer, Today a Woman Went Mad in the Supermarket: Stories

"Erica Abeel is at her scathingly funny best in this deeply thought provoking gem. You’ll never look at the Hamptons quite the same way again." —Erica Heller, author/memoirist

“This slyly funny, well-crafted tale offers a tell-all view of the second wave feminists who forever changed society over a summer in Betty Friedan’s notorious Hamptons commune. Along the way Abeel skewers the Hamptons as only an insider could." – Steven Gaines, Simply Halston, Philistines at the Hedgerow

“THE COMMUNE is a really funny satire on the liberal elite. You certainly put them in their place!” – Dr. Nijole Kudirka, psychotherapist and photographer

“I'm really glad I blurbed this book for you. It's wonderful and captures the complex inner lives of the characters so perfectly-- especially the women. You should be very proud. That era has needed a book like yours for decades and you did it with aplomb" – Lucian Truscott IV

"Erica Abeel’s hilarious romp travels inside Betty Friedan's Hamptons commune as its members plan what will become the historic Women's Strike for Equality of August 26, 1970. The self-seeking of these luminaries is LOL funny and the Hamptons elite comes in for a wicked drubbing. And who could resist a heroine in hot pants who longs to be a communard while secretly pursuing the Wedding Plot? Abeel captures the comic ironies of women who created a social revolution yet remain hostage to a more traditional past. I love this witty, rambunctious novel. What a ride!" —Thelma Adams, author of the novel The Last Woman Standing and film critic

"And while we’re on the subject of feminist history… Novelist, former dancer, scholar, and critic Erica Abeel’s forthcoming novel THE COMMUNE — based on an actual commune full of major feminists (including Betty Friedan) in glamorous East Hampton — fictionalizes the internal conflict of 1970 feminists between life with and without dependence on men. Says Dawn Raffel ("The Strange Case of Dr. Coney"), “Erica Abeel’s sharp, witty, delightfully twisty novel THE COMMUNE goes behind the scenes of the Women’s Movement circa 1970, shedding light on hidden history in a way that is both moving and inspired. These women (and men) are so compellingly drawn that I want the book not to end." –Sheila Weller, Saturday Evening Post

News & Interviews for The Commune

An interview with Erica Abeel about her novel THE COMMUNE 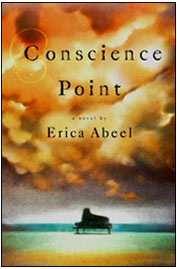 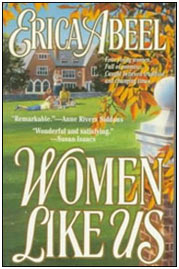 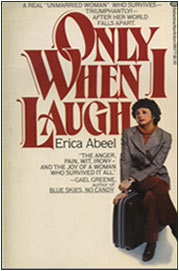 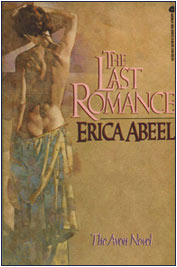 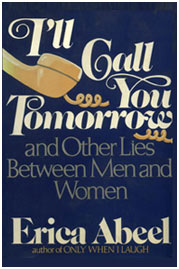